Noorani qaida via aya institute  ,
Noorani qaida is considered a training course for the Arabic language, where the child or the learner is taught to that method or the rule the correct pronunciation and sound exits of the letters through a set of stages so that the individual can recite the Qur’an in a way that has a high degree of mastery.

noorani qaida was named with this name relative to the author of that method Sheikh Noor Muhammad Haqqani, who prepared a book containing all the foundations for teaching that rule, then came Muhammad al-Madani, who made some modifications to the Illuminati method, which helped to better control it and contributed to increasing the demand for its teaching in Islamic schools.

This method was invented by the great Sheikh Nur Muhammad Haqqani, an Indian scholar who was born in India in 1272 AH in the state of Punjab, and died in 1343 AH in Pakistan. India is considered the cradle of many pagan religions in addition to Christianity and Islam.

This is what prompted our great Sheikh to take it upon himself to devise methods of learning Arabic and the Qur’an, and to spread the Islamic religion in that part of the world, where he wrote many books, the most famous of which is a book about prayer and Belief, monotheism and faith, as well as the book Al Qaeda Illuminati with the method of teaching, and the book Al Qaeda Illuminati.

Our glorified sheikh built many centers that teach Islam and its sciences and was a pioneer in his interest in educating women at that time, as he established the Al-Haqqani School for Girls and it also won the approval of the educational community and became comparable to foreign schools at that time.

Thanks to Sheikh Noor Muhammad Al-Haqqani

Thanks to Sheikh Noor Muhammad Al-Haqqani, the Nooranya method was born, and it was sponsored by the Al-Furqan Center in Makkah and registered as an exclusive trademark for the Al-Furqan Group for Education and Information Technology around the world. It is an effective way to teach the rules of the Arabic language and spelling, as well as teaching and memorizing the Holy Qur’an.

And controlling the times of movements and the sound of the ebb and flow and loosening the intensity. It was also praised by many educational systems around the world, and it won the approval of Muslim families in the education of their children. It was considered an ideal and smooth method. There are many courses in the centers and also remotely through its official website.

Learning this method or rule is not exclusive to young people, but anyone at any age can learn the rule of light, but in general it is known that learning at a young age is like engraving on stone, so it is better to start with it at a young age, starting from three or four, Usually, the beginning of this method is the letter, meaning learning the Arabic letters and mastering them so that the learner can pronounce them correctly and based on that stage, the rest of the stages are built upon, so that stage is considered the foundation stage, which if done correctly, the structure that will be based on it will be a solid and strong. 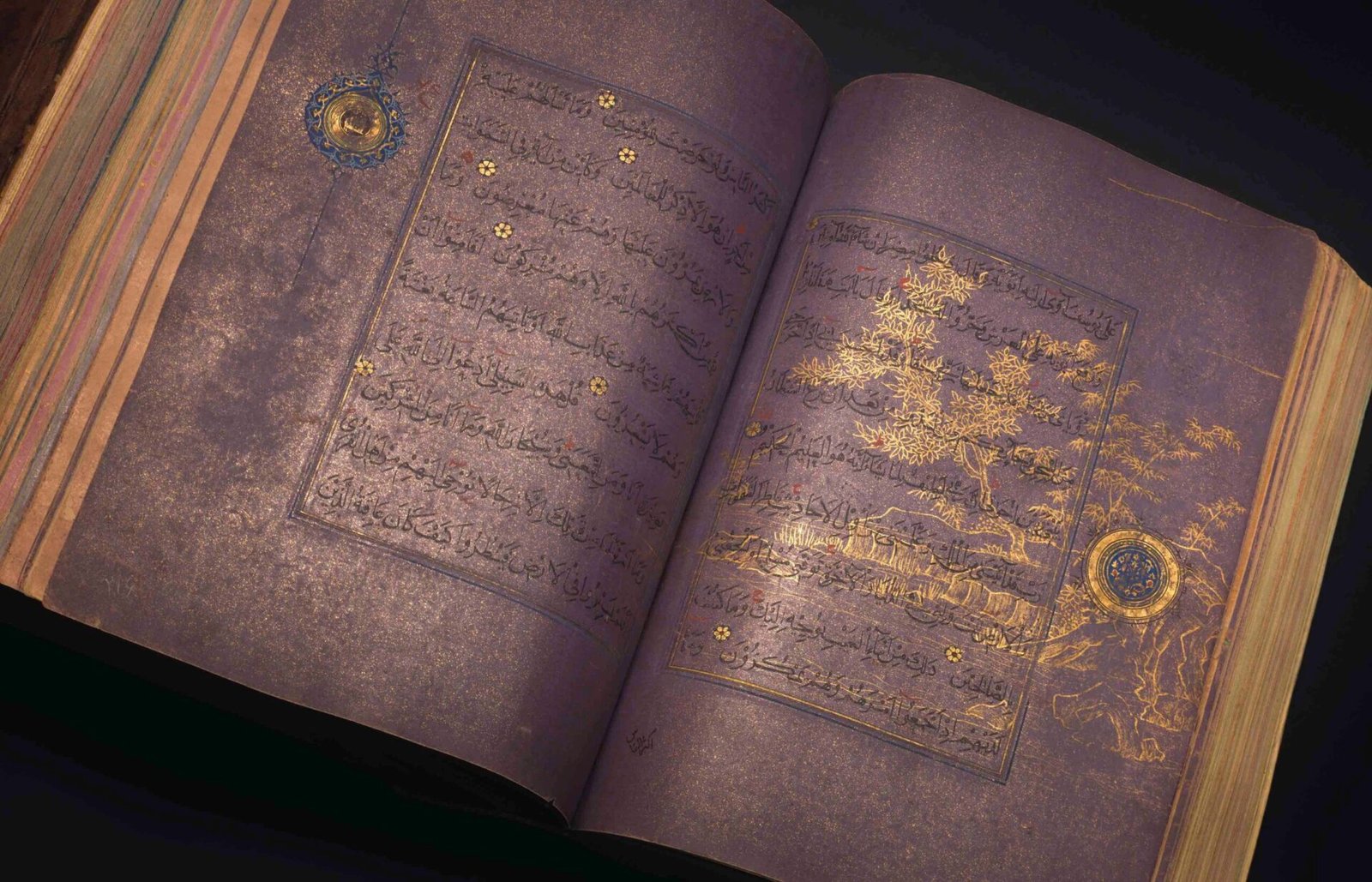 The goals of noorani qaida :

The education of Al-Qaeda Illuminati aims to reach: –

1- For the child to learn the correct way in which to read the alphabets, but for adults, work to straighten their tongue.

2- Working to speed up the process of educating children with less effort than other methods.

3- Working on loving children in reciting the Qur’an.

4- Working to improve the level of awareness and perception of children at an early age.

5- Teaching children the rules of intonation and deepening their rulings.

How is Noorani Qaida is taught?

We knew that the Nooranya rule is a group of stages or lessons that are divided from the inside according to the age and abilities of the learner, and those lessons or stages are summarized in the following:

This stage represents the most important stages in learning the base of Light, it is the foundation stage in which the alphabets are learned and how to pronounce them properly and take them out from their correct exits. This is done by the teacher reading the alphabets (A, B, T … … ..) several times, even in one rhythm, until the learner gets acquainted with the method of pronouncing it, and then the learner repeats with the teacher until he is fluent in pronouncing the letters from their exits and correctly.

in which the ligatures are taught, where they begin to synthesize the letters together, such as (No, Ba, Bell ………) and learn the correct pronunciation of those compound syllables. 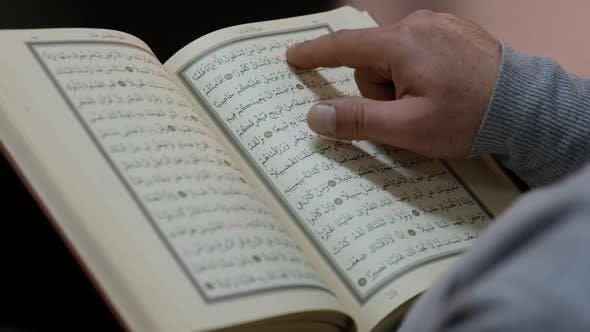 In it the syllable letters are learned and the importance of that stage is clearly evident in the Holy Qur’an. We almost do not find the separated letters except in the Qur’an such as pain, and it is pronounced syllable (alif – lam – m), tasam (ta – sin – M).

in which the vowel learning is carried out, i.e. the letters with vowel movements (fatha, damma, kasra) and so on for all letters.

Tanween means learning the letters such as Zha, Zha, Zha, and the method is followed with the rest of the letters to learn their pronunciation while it is Mannah

It is the training phase, in which the training is carried out in tanning in the form of used words such as Uhud, a trip, and so on.

It recites two tidal movements, and we clearly notice them in writing the Qur’an in the Ottoman Qur’an.

In this lesson the long vowels (Ba, Ta, Ai) are learned.

Training in Tanween, as well as the letters of the tide and the soft letters such as (Aman, Kayf, and Weil).

Training in silence is like a father, as he guides, is active.

This is course created by Aya Institute about Qaida Noorania

Now, with the help of Aya institute you can use our lessons to study quran online and what about Noorani qaida download with the aid of our excellent teachers. We use Skype and Zoom applications. 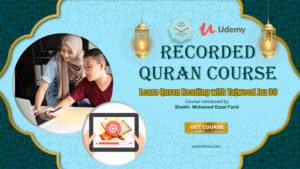 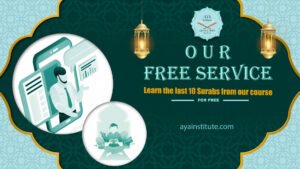